This year's theme Thrive represents our journey as individuals and entrepreneurial insurance professionals as we have recalibrated after previous years of disruption.

Our aim is to create an environment that brings together industry leaders, brokers, sponsors, service providers, and speakers to connect, celebrate and thrive together.

The Honourable Kim Beazley AC was the 33rd Governor of Western Australia.

Prior to being installed as Governor, he had dedicated almost three decades to a career in Federal Parliament, representing the WA seats of Brand and Swan.

In 2009, Mr Beazley was awarded the Companion of the Order of Australia for service to the Parliament of Australia through contributions to the development of government policies in relation to defence and international relations, and as an advocate for Indigenous people, and to the community.

Mr Beazley was a Minister in the Hawke and Keating Labor Governments (1983-1996) holding, at various times, the portfolios of Defence, Finance, Transport and Communications, Employment Education and Training, Aviation, and Special Minister of State.

From 1995 to 1996, he was Deputy Prime Minister and Leader of the Australian Labor Party and Leader of the Opposition from 1996 to 2001, and 2005 to 2006. Mr Beazley served on parliamentary committees, including the Joint Intelligence Committee and the Joint Foreign Affairs, Defence and Trade Committee.

After his retirement from politics in 2007, Mr Beazley was appointed Winthrop Professor in the Department of Politics and International Relations at The University of Western Australia.

In July 2008 he was appointed Chancellor of the Australian National University, a position he held until December 2009.

Mr Beazley took up an appointment as Ambassador to the United States of America in February 2010. He served as Ambassador until January 2016.

Kate has barely drawn breath since, racking up 28 albums over 35 years whilst effortlessly moving around genres. With 3 x ARIA awards and 7 nominations for Best Female Artist, and dozens of other major awards, Kate is Australian entertainment royalty.  She has starred in seminal productions of Jesus Christ Superstar and South Pacific, had her own tonight show ‘Kate Ceberano & Friends’ on the ABC TV, won Dancing With The Stars, first Australian woman inducted into the Australian Songwriters Association (ASA) Hall of Fame in 2014, awarded Order of Australia in 2016 for services to the arts and charity, curated the Adelaide Cabaret Festival for three record breaking years, just to name a few of her milestones.

Kate Ceberano is a bona fide national treasure, possessing one of the great voices of her generation. Long may she run. Kate will released SWEET INSPIRATION, on 5 February 2021 with Sony Music Australia. The album, which Kate has been produced, features the new songs, (written by Kate in lockdown) - ‘Hold On’ and ‘Sweet Inspiration’.

She will take you on a journey through the peaks and troughs that helped shape her career and build her into who she is today.

Recognition:  Two times World Champion, four times Commonwealth Champion, in the sport of athletics, Jana Pittman personifies resilience and determination. When continuing injuries hampered her althetics career it could have signalled retirement, so she swapped the track for the ice. Jana joined the Australian Women’s bobsleigh team, to become the first women to represent Australia in both a Summer and Winter Olympic games.

Outside of sport Jana has completed a Bachelor of Medicine & Surgery and a Masters of Reproductive Medicine, she is now a practising Doctor in the field of Women’s Health. In 2021 Jana joined the cast of Channel 7’s SAS Australia making it to the last day and the only woman remaining in the final four recruits. With Jana’s passion for women’s health Jana is an ambassador for the ‘Australian Cervical Cancer Foundation’ and writes a regular column in New Idea. Jana is a mother to six children, having recently given birth to twins!

As a speaker, Stephen has a unique ability to excite audiences on the power of technology, the future of business and the new paradigm of 21st-century leadership. He is an inspiring personality on the highest-profile stages – including TEDx, the Australian Governance Summit and AMP Amplify – and is a member of the Prime Minister’s Knowledge Nation 100, top innovation leaders in Australia.

Robert co-founded Steadfast and has over 52 years’ experience in the insurance industry. He was voted the second most influential person in insurance by Insurance News, and was awarded the ACORD Rainmaker Award in 2014. Robert is a Qualified Practising Insurance Broker, a Fellow of NIBA, a Senior Associate of ANZIIF, a Certified Insurance Professional, Graduate member of the Australian Institute of Company Directors and is the Chair of the ACORD Board in New York. Robert is also a Director of ASX-listed Johns Lyng Group Limited and not-for-profit organisation KidsXpress.

He recently received the prestigious award of Member of the Order of Australia (AM) in the Queen's Birthday 2022 Honours List.

Adam Spencer is a famous Australian media personality and public mathematician. He likes to describe himself as “nowhere near Australia’s best mathematician - but possibly it’s best known”. Adam was completing a PhD in Pure Mathematics at the University of Sydney when he won a national Raw Comedy championship with Triple J, Australia’s youth radio station. He then went to become one of Australia’s most respected, wittiest and thought provoking breakfast radio commentators across Triple J and later ABC 702. His dexterity at being both mathematical - he has authored 7 best-selling books for talented maths students - and verbal - he was voted best debater in the world at the 1996 World Championships - makes him a curious customer indeed. Adam is currently the Ambassador for Science and Mathematics at the University of Sydney, and his latest book, Maths 101, for Dumb Dads and Desperate Mums, has been released by Hardie Grant. 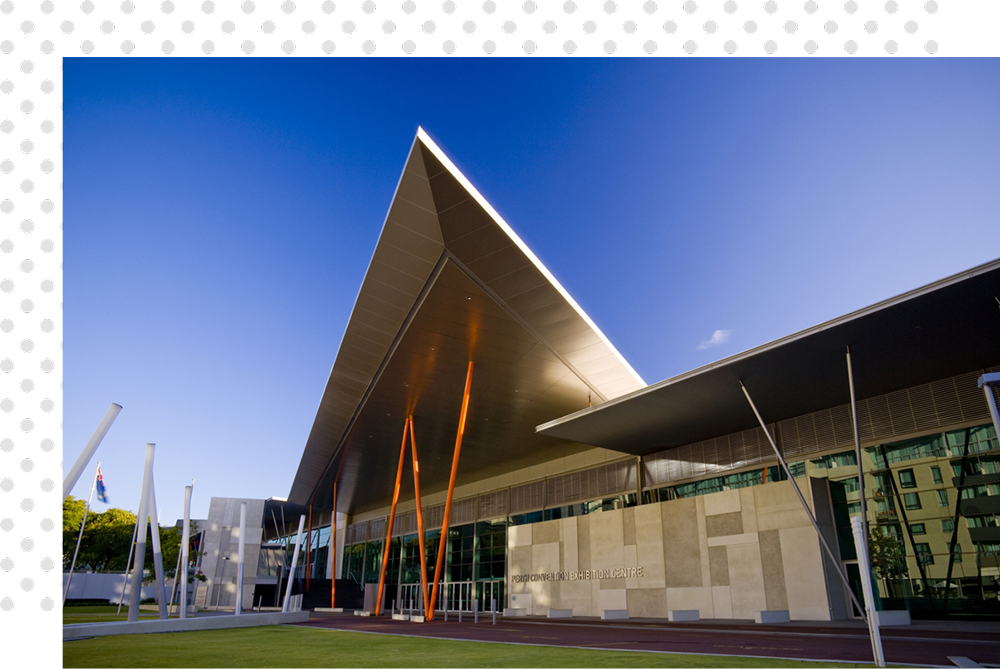 This state-of-the-art conference facility is located in the heart of Perth's CBD on the banks of the Swan River and adjacent to Elizabeth Quay. It is WAs only dedicated purpose-built convention, exhibition and meeting venue.

2022 was our comeback to the Steadfast Convention and what a comeback it was.

Have a look for yourself! 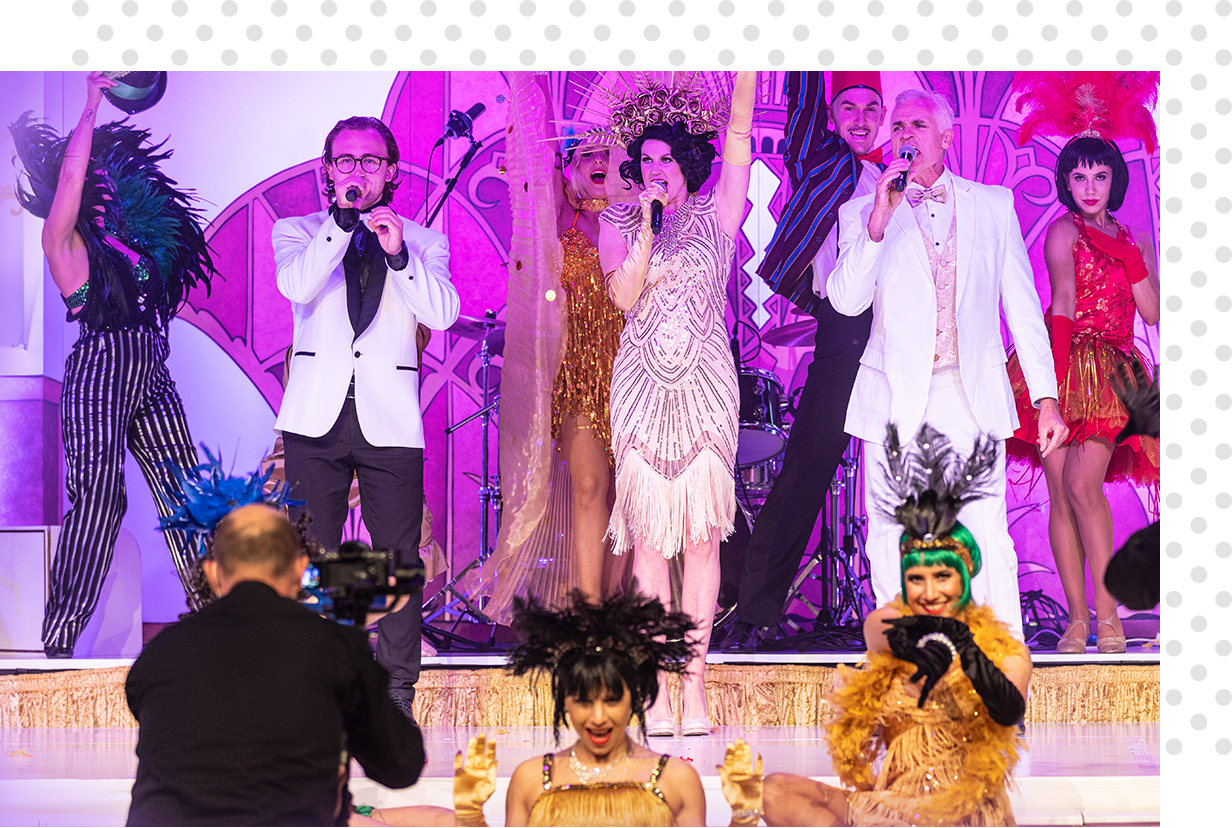 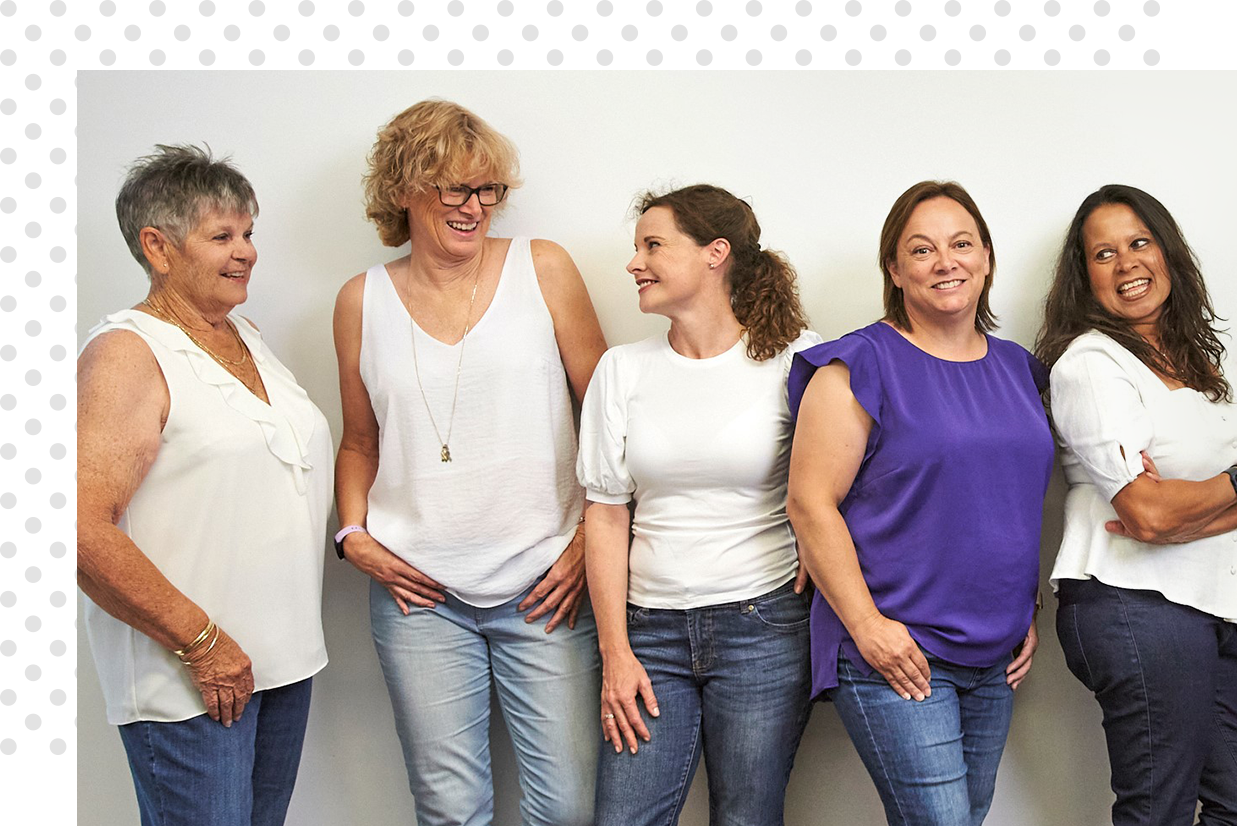 Breast Cancer Care WA provides specialist breast care nursing, counselling, and financial support to women and men affected by breast cancer, as well as their partners and families, throughout the WA community. 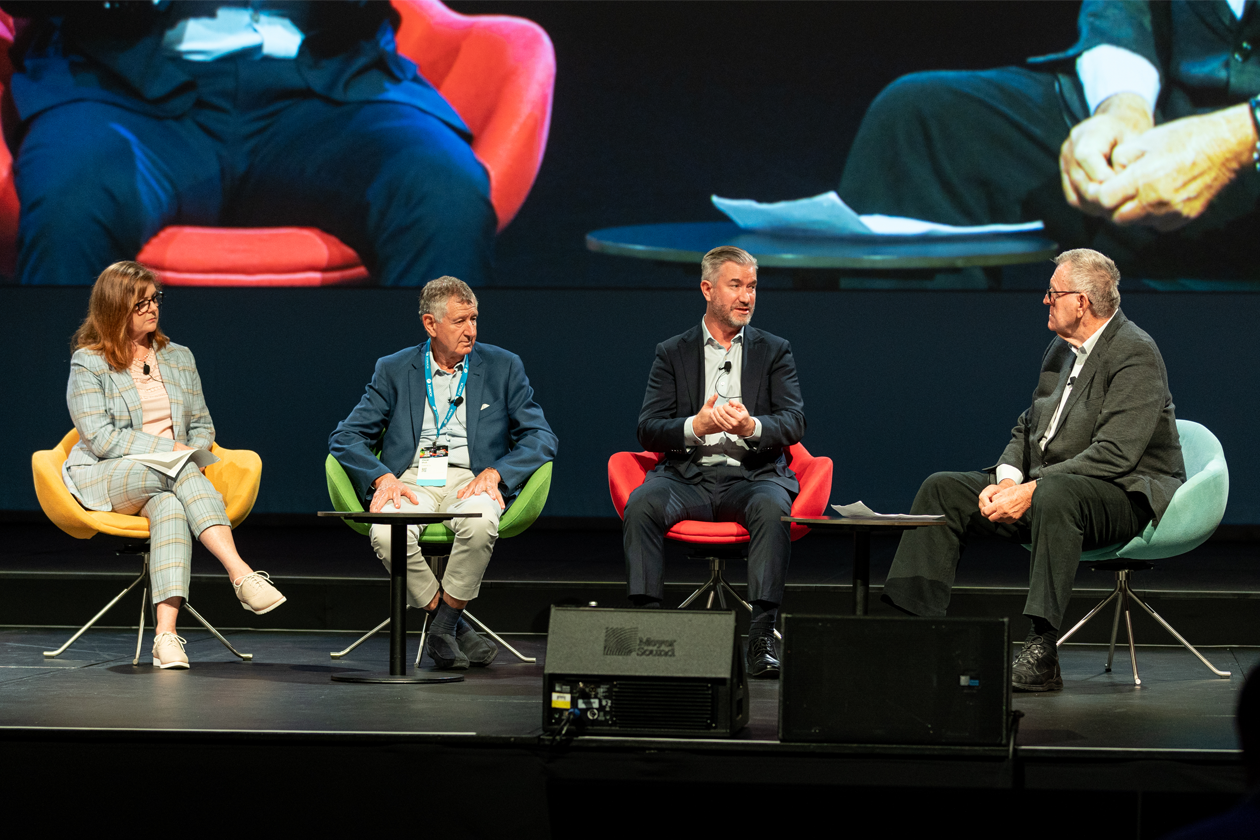 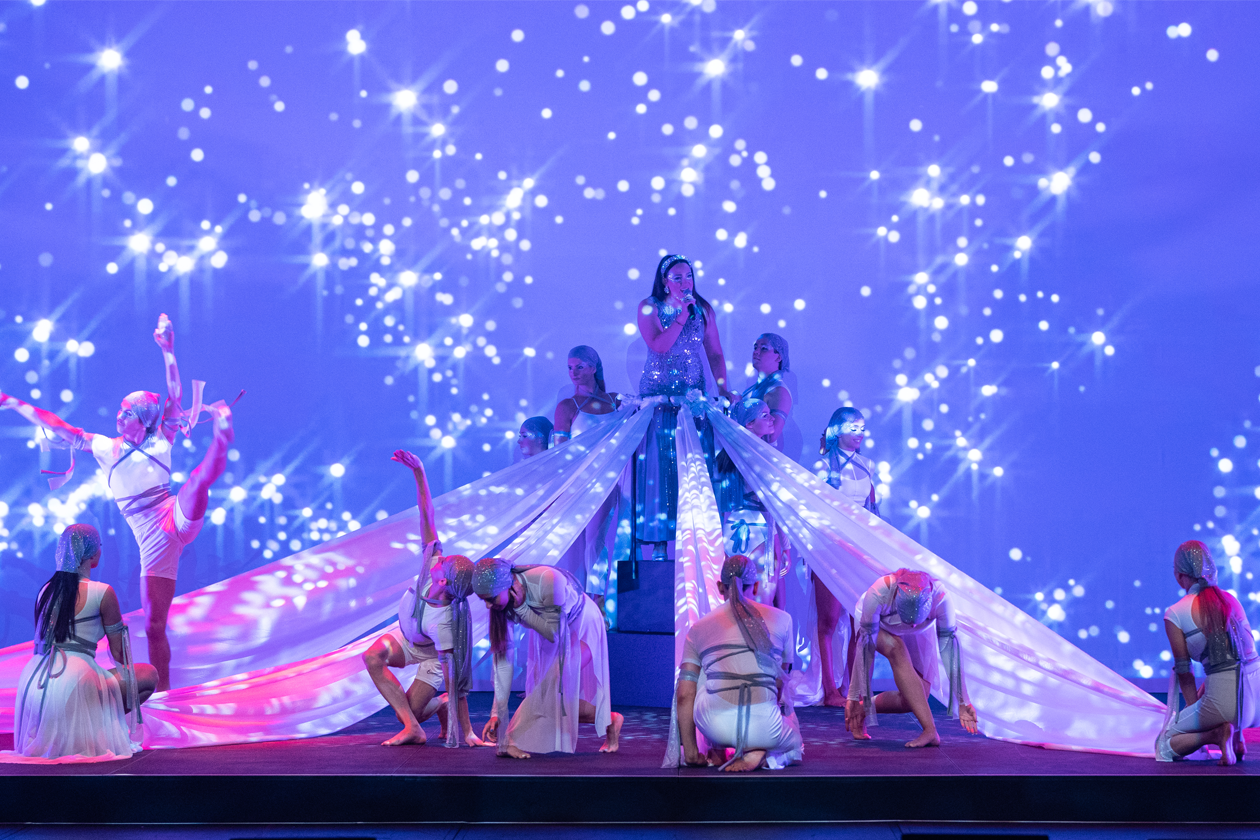 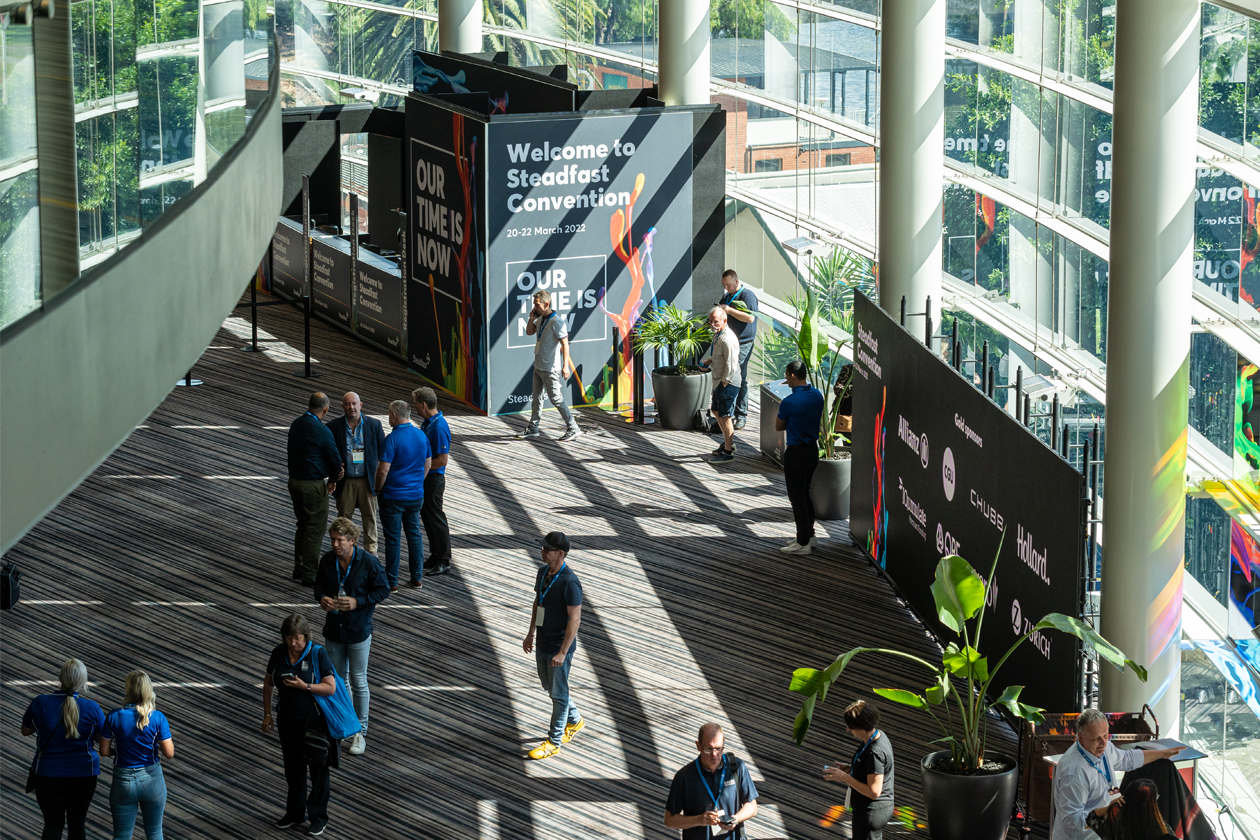 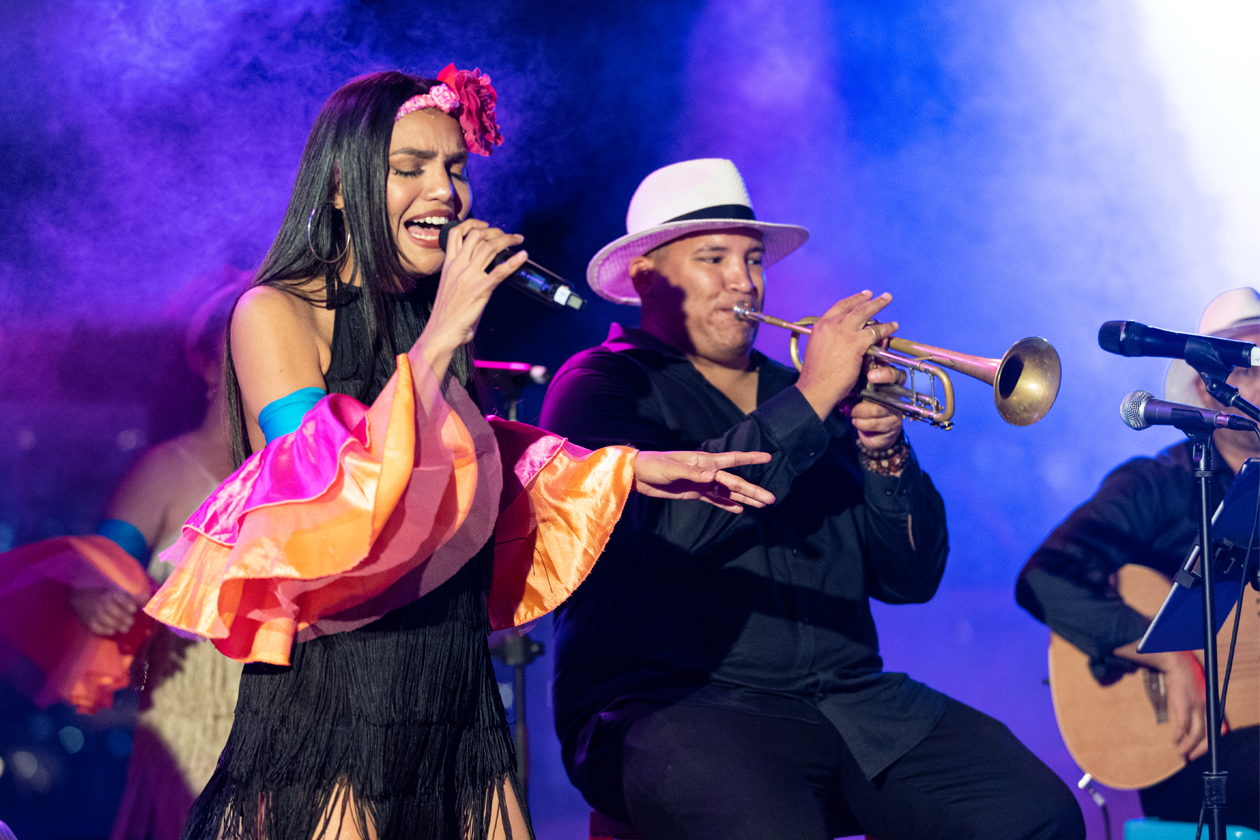 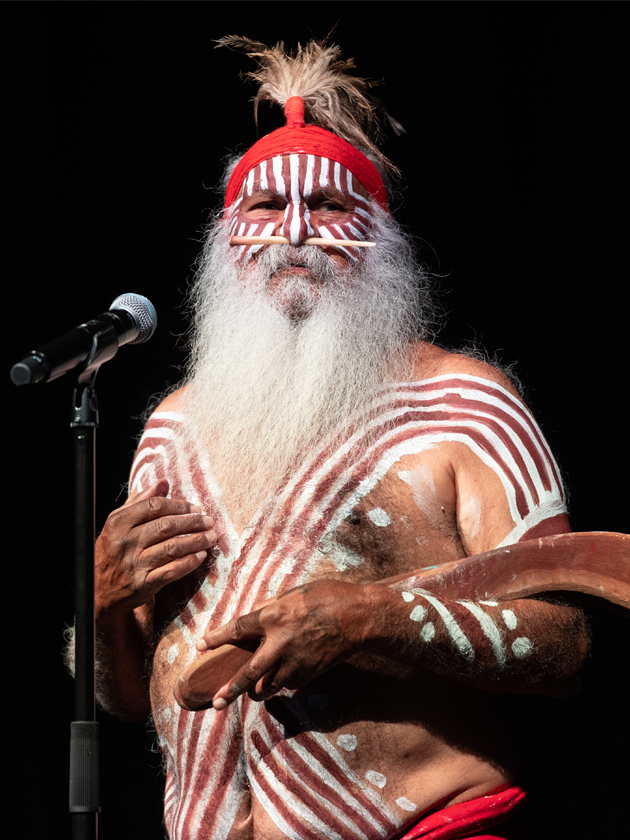 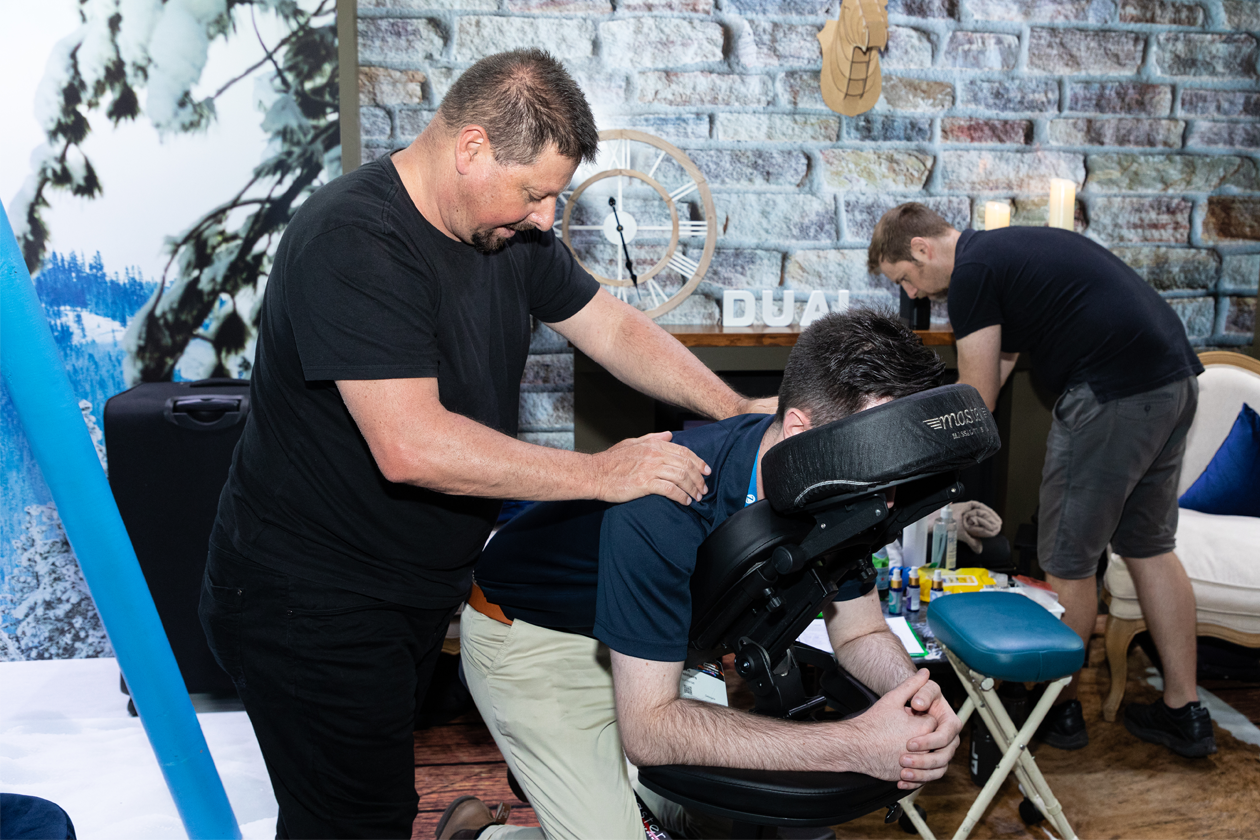 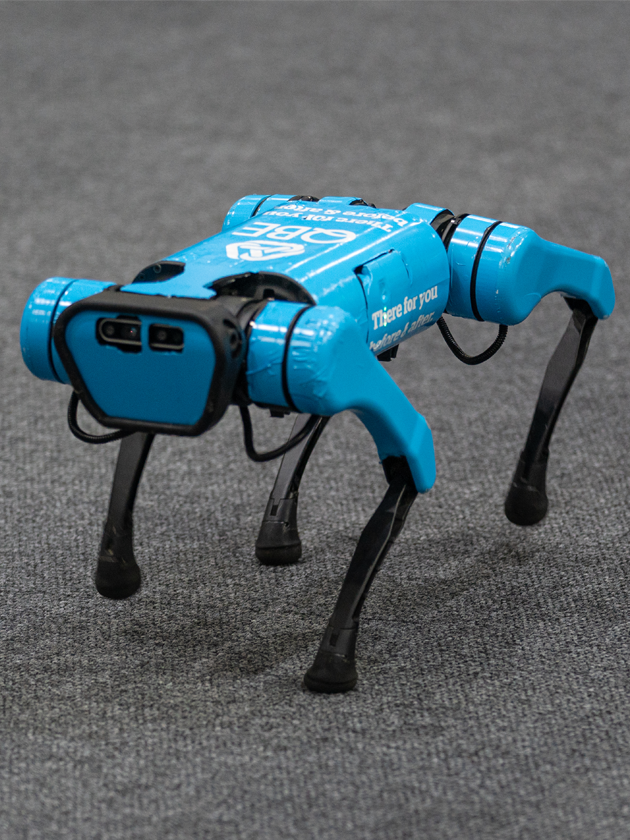 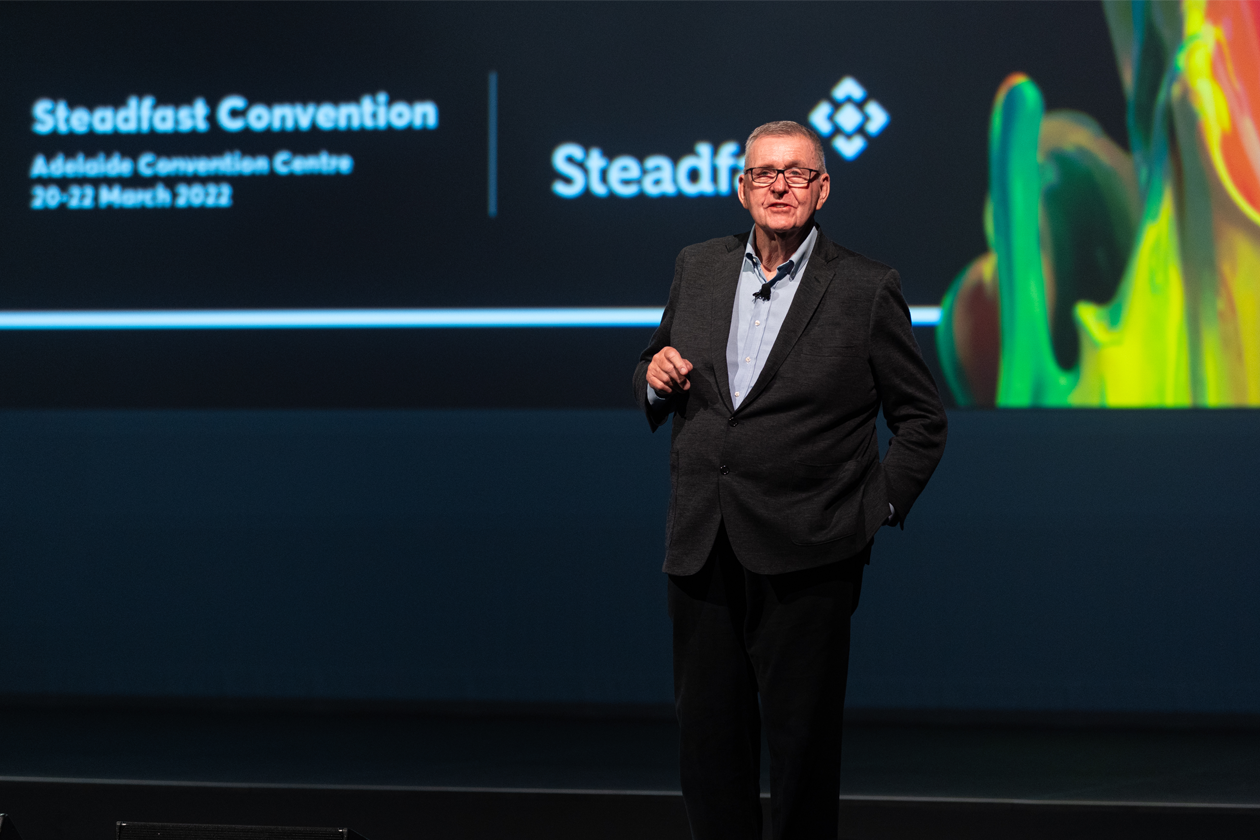 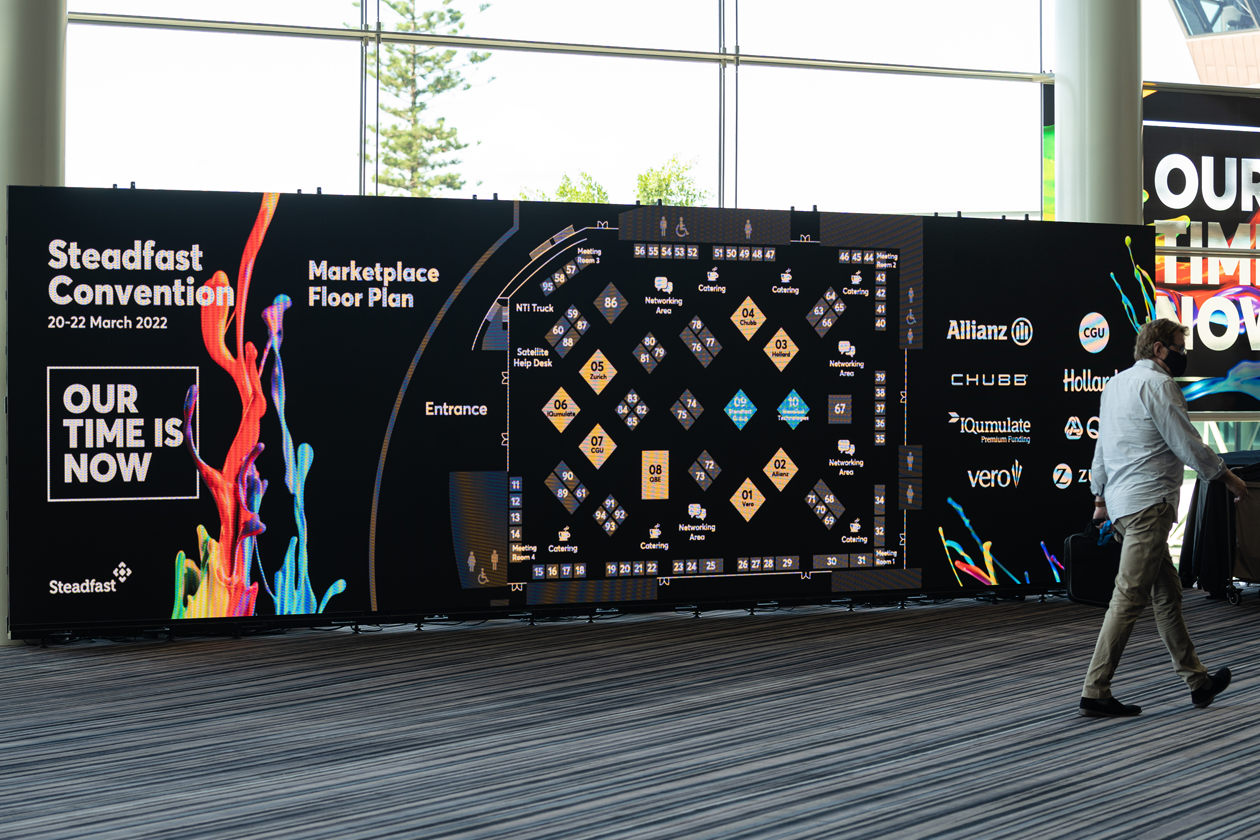 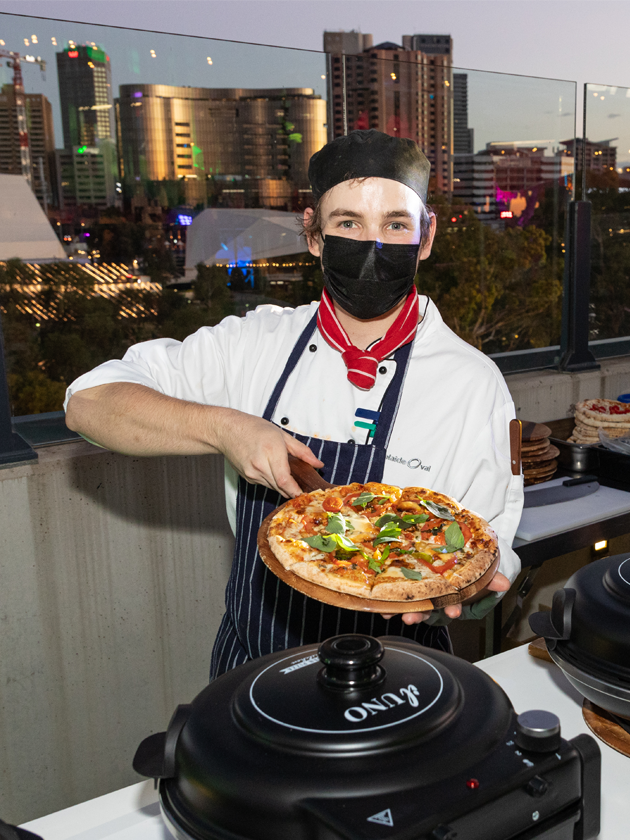 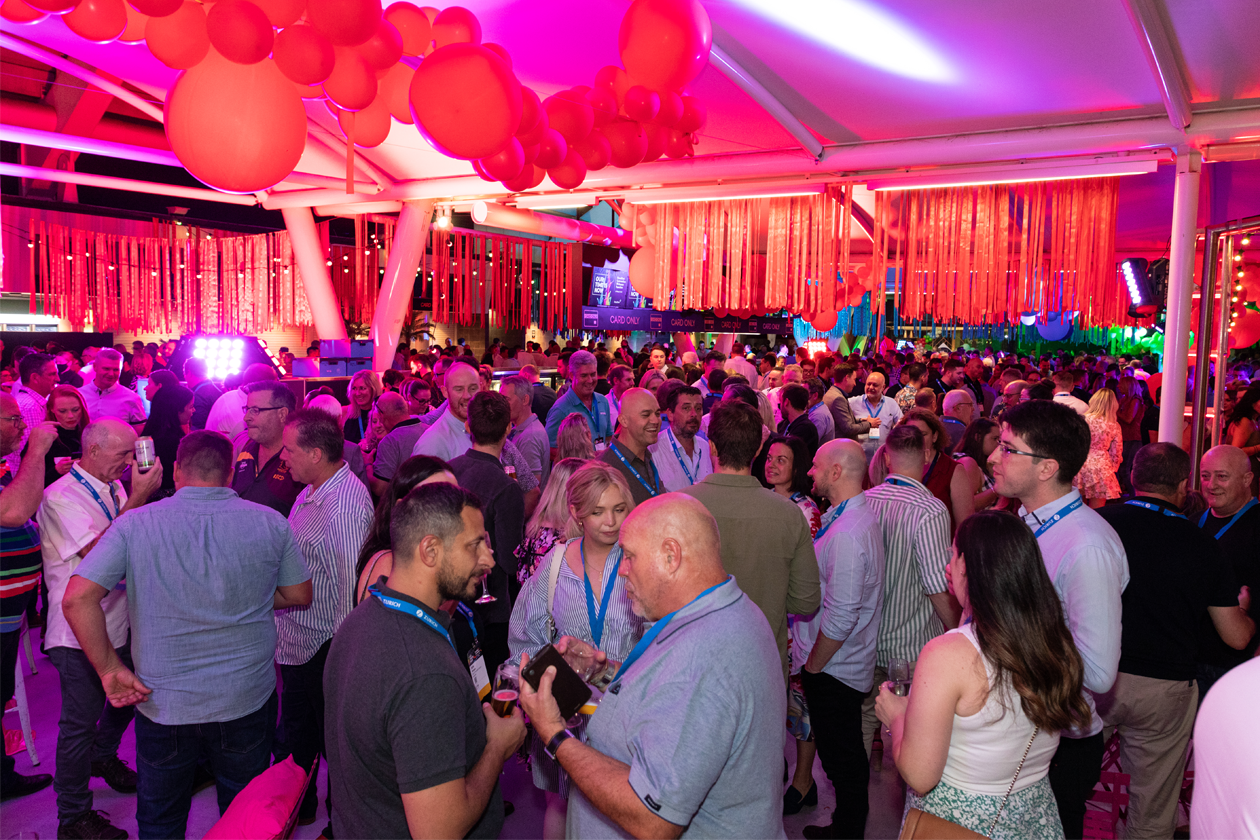 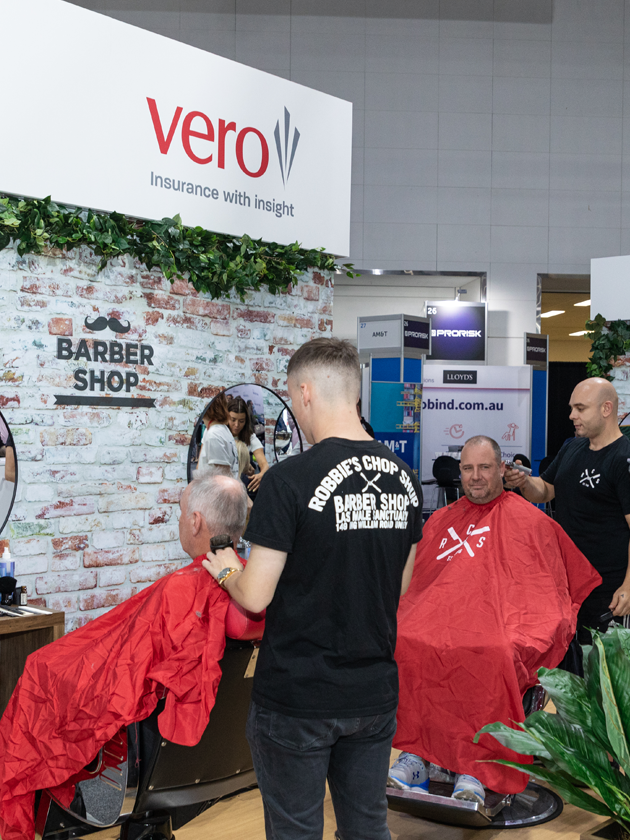